"Crankshaft", created by Tom Batiuk and drawn by Dan Davis, first launched in 1987 and follows namesake character Ed Crankshaft, who is an irritable former professional baseball player turned school bus driver. The strip documents his hilariously grouchy attitude toward the mundane, whether he's cleaning the gutters, mowing the lawn, or laboring over burgers on the grill.

We spoke with Batiuk as the feature debuts on our site. Get to know the creator a little better, and be sure to follow the daily comic strip on GoComics, where—if you're lucky—you might catch Crankshaft's soft side hidden within the panels.

“Crankshaft” debuted in 1987. How has it evolved throughout the years?

When Ed Crankshaft first appeared in "Funky Winkerbean", he was a pretty one-dimensional cranky guy. Once he was in his own strip, his character became much more nuanced, especially as we began to explore various aspects of his past and his relationship with others.

What inspired character Ed Crankshaft and his dynamic personality?

A fan suggested that I add a a school bus driver to "Funky", and when I did I based him totally on the bus driver I had when I was in elementary school. My usual trick was to take someone from real life and exaggerate their traits to create a cartoon character. In the case of Crankshaft, I had to tone my real bus driver down or he would have been too unreal to be a cartoon character. 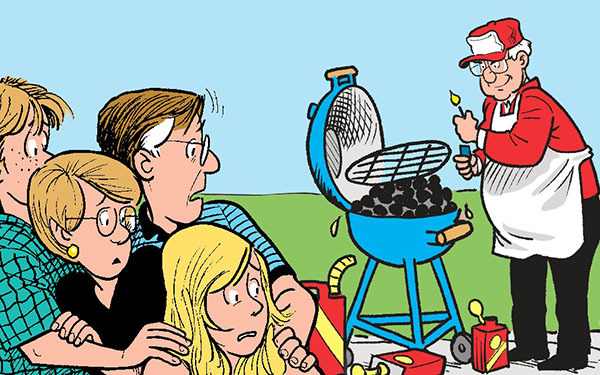 How does Ed’s professional baseball past make him who he is today?

Ed’s baseball career and his failure, even though he had the talent, to grab the brass ring was what defined and shaped his character.

Do you have a favorite “Crankshaft” theme or story arc?

The story arc with the McKenzie sisters Lillian and Lucy and Lucy’s struggle with Alzheimer’s is the work that means the most to me. 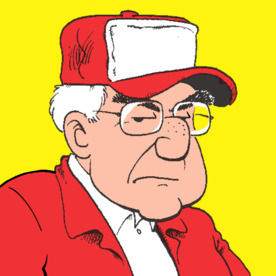 Which “Crankshaft” character do you personally relate to the most?

I’ve got a soft spot for Crankshaft’s comic book-collecting son in law, Jeff. Jeff was also a student at Kent State around the same time I was.

What kinds of GoComics readers are you hoping most connect with “Crankshaft”?

Probably readers who have or have known a Crankshaft in their own lives, whether it’a grandfather, father, or school bus driver.