“Legends in the Heights” Launches on GoComics

We are thrilled to announce a brand-new comic to GoComics, Legends in the Heights!

Legends in the Heights follows Raia Barakat Quintanilla, an eccentric, skateboard-loving 12-year-old who lives in Jackson Heights, Queens with her family. One day, when Raia is walking home from school, she unexpectedly encounters a majestic legendary creature named Bazzu. Where will this unlikely friendship lead? Can Raia teach Bazzu her fab skateboarding skills? Where in the world has a giant creature like Bazzu been hiding in Jackson Heights?

The digital comic strip was co-developed by our team at Andrews McMeel Universal and cartoonist Marguerite Dabaie. It goes live today, October 17, with a small archive available so that readers can really get a feel for the story—be sure to start from the first comic. After that, it will update three times a week. Dabaie’s impressive portfolio includes the graphic novel The Hookah Girl and Other True Stories, illustrating autobio, socio-political, and historical-fiction comics, and editing and writing for several publications.

Dabaie’s inspiration for Legends in the Heights characters comes from their own experiences and culture. For instance, Bazzu is a buraq, or a horse-bird-lion legendary creature mentioned in the Quran. “I really wanted to create something that would have excited me when I was a kid, and by extension is still super interesting to me now,” Dabaie says. “I got into researching traditional stories, but what interested me the most were the creatures.” 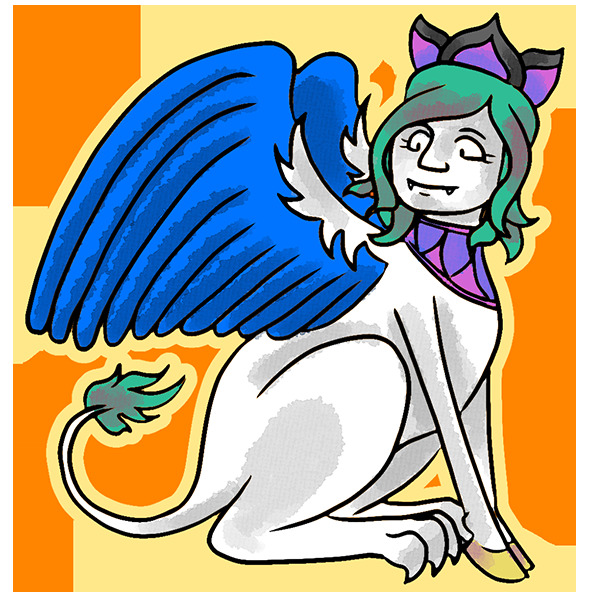 The character of Raia is also very personal to Dabaie. “It was important to me that Raia come from a multiracial family, since I’m multiracial myself and there aren’t too many of us represented in stories,” Dabaie says. “[She is] a combination of myself when I was younger and a dear childhood friend who is sadly no longer with us. But together, we were very Raia-like in our goofiness and love of food.”

Dabaie’s favorite part about developing Legends in the Heights is getting to know anything and everything about the characters. “I had a cartoonist once tell me that, when creating a story, the goal is to know how your characters would act in any situation,” they say. “It’s really a lot of fun when you can imagine them at the circus, or on the moon, and understand their reactions.” 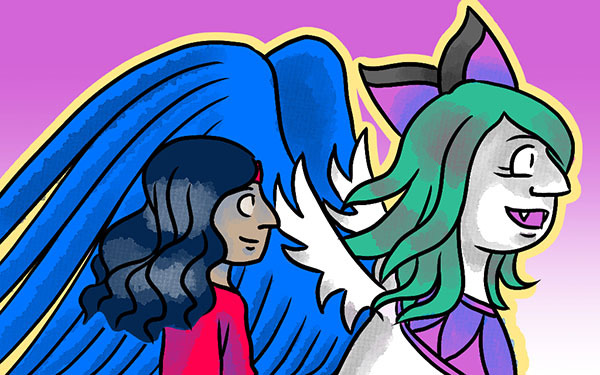 When asked about what we can expect to see as we move further into the Legends in the Heights storyline, Dabaie responded with this exciting tidbit: “We’re going to eventually be introduced to many more creatures than just Bazzu!”

Follow Legends in the Heights on GoComics to see where the journey of Raia and Bazzu is headed.