Happy 35th Anniversary to "Off the Mark"!

Congratulations to creator Mark Parisi on the 35th anniversary of Off the Mark! The strip made its debut on Sept. 10, 1987 and is loved for its off-the-wall humor and comical spins on everyday things from trends and commercials to pets and computers.

Mark took some time to participate in a Q&A in honor of the anniversary. Get to know him a little better by reading the interview below.

What do you think it is about Off the Mark that has made it so popular with readers—and editors—for so long?

I add a little pumpkin spice to every cartoon.

What has been your favorite part about creating this strip and these characters and for 35 years? 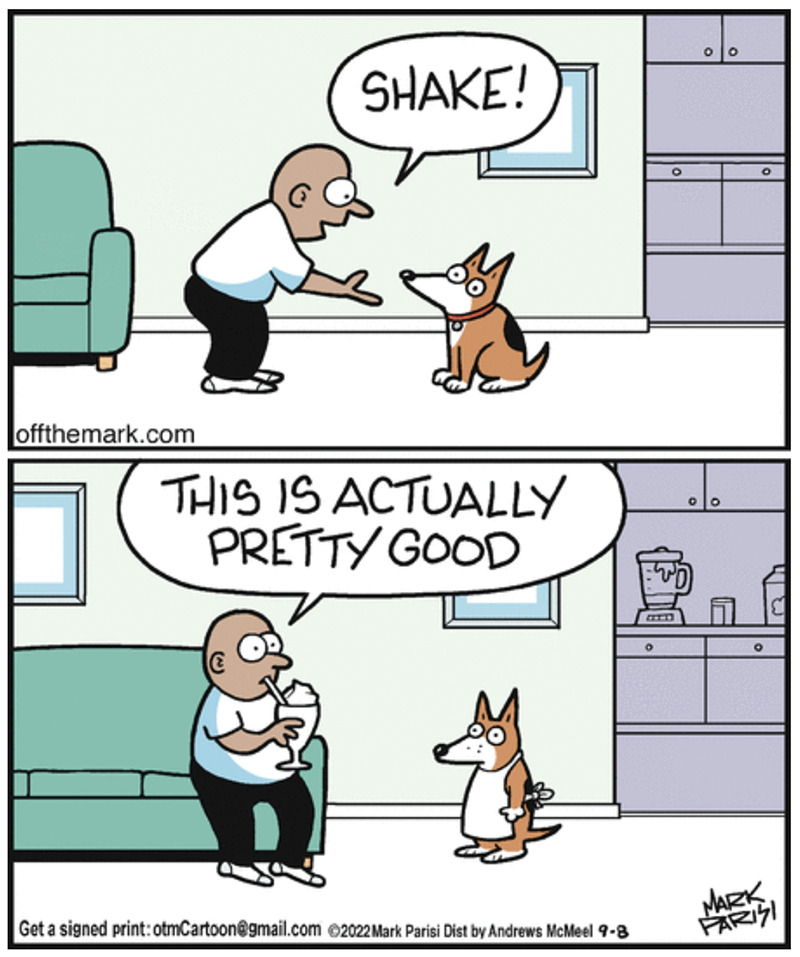 Do you have a favorite strip that you’ve created? If yes, which one?

It’s hard to pick one because it changes all the time, so I usually default to the first one I ever had published about a nail getting hit on the head.

If you launched Off the Mark today, what would you do differently?

I wouldn’t use so many 80s references.

What is one thing readers don’t know about Off the Mark? 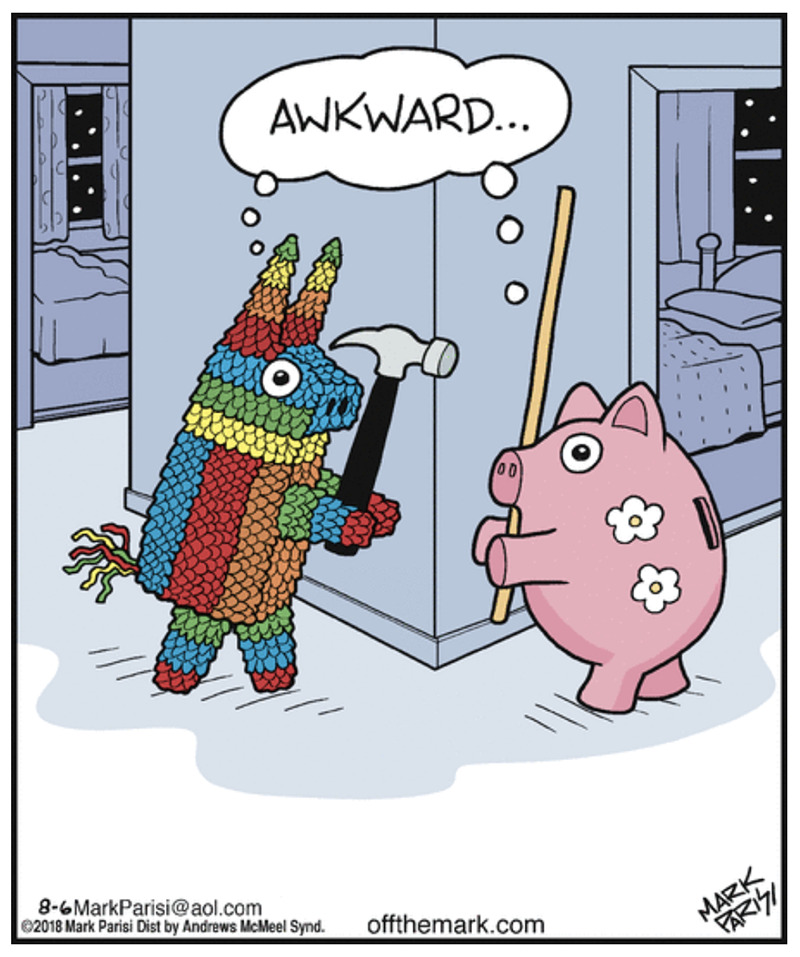 What’s the best compliment you’ve ever received about Off the Mark?

Well, someone once got an entire Off the Mark cartoon tattooed on their calf, and Kim Basinger once decorated her house with a bunch of my Halloween cartoons, but the best is when readers tell me they were having a bad day and my cartoon cheered them up. It’s hard to beat that.

What do you hope to see in years to come with Off the Mark?

Is there anything else you would like to add about the strip, or about your life as a cartoonist?

I feel fortunate to be doing this because I don’t know that I have the skills for anything else. Plus, many of the cartoonists I’ve met are some of the best people I know. I’ve found a place where I fit in. I’m grateful every day.

Check out Off the Mark on GoComics!