One hundred years! That’s how long “Australia’s favorite red-head larrikin” has been engaging in hijinks with his mates, befuddling his long-suffering family, and attempting to avoid his arch-nemeses. It was Aussie Jimmy Bancks who introduced the world to this mischevious scamp in November 1921 in a feature called ​​Us Fellers, which he changed to Ginger Meggs about a month later. (More on that below.) A series of creators followed Bancks’s untimely death in 1953: Ron Vivian from 1953 to 1973; Lloyd Piper from 1973 to 1983; and James Kemsley from 1984 to 2007.

Since then, Meggsie and his crew have been penned and illustrated by Jason Chatfield, an Aussie expat who’s settled in New York City. We had a chat with him as he reflects on the impact this comic and character have had on Australia—and the world.

(Image: The evolution of Ginger Meggs.)

Life in New York is as predictably chaotic as ever. It definitely changed a lot in the past couple of years. A lot of our friends have left, but the weird smells on the subway haven’t.

What are you excited about right now?

Well, my phone just buzzed, so I’m excited that it could be someone really cool! I’m also excited about the 100th anniversary event at the Australian Consulate in New York this week. I’ve been writing and drawing Ginger Meggs for 14 years, so this date has lived in the back of my head for a long time. (I just checked my phone—it’s ok, it was only Nick Galifianakis.)

Ginger is excited about the free cake at the event. Oh, and Christmas. His wishlist is extra-long this year!

A lot of people don’t know that he started out as Ginger Smith, and was a supporting character in a strip called Us Fellers. The strip starred a different character named Gladsome Gladys. Isn’t that wild? The creator, Jimmy Bancks, had written such a lovable character in Ginger that the readers gravitated to him. Eventually, it made sense to make him the main character, name the strip after him, and for some reason still not known to this day, change his name from Smith to Meggs. 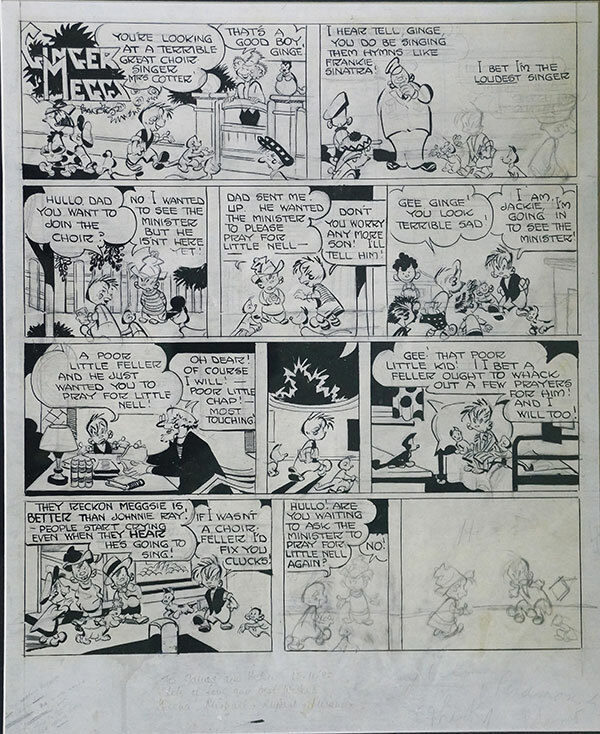 As an Aussie growing up, what was your relationship with Ginger Meggs?

Ginger Meggs was the only strip I read that I actually identified with on a local level—the other strips were all syndicated American imports that didn’t show what life was like in Australia. (I loved Calvin and Hobbes, but I didn’t even see snow or a sled until I moved to the US.) When I wasn’t drawing, I spent my childhood riding around the neighbourhood on my bike, getting into all sorts of mischief that Ginger would get into. It was like having a close buddy/bad influence in print.

What’s been your favorite story arc or gag since you took over the strip?

The one I had the most fun writing was the Sunday series in 2016 where I drew Ginger going back in time in his own comic strip to meet his former self! I got to draw the strip how it looked back in the ’30s and ’40s. (See more here.) 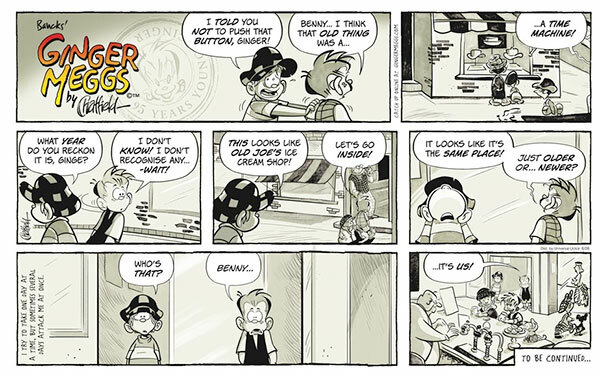 Am I right that the Royal Australian Mint put Ginger Meggs on the Australian dollar coin? That’s …. a big deal! How does your brain process that?

It was a crazy huge honor. I had designed a coin back in 2011 for the 90th, so designing this one was a little easier. It was pretty cool to see a cartoon character on currency, let alone one that I drew! The whole process was documented by the Mint and by Wacom here.

I don’t think I have any superpowers. Although, I do have the ability to shoot lasers out of my eyes and see through walls. Is that something?

Ginger’s superpower is one that I aspire to: No matter what life throws at him, he approaches it with boundless positivity and optimism.

Other than cartooning and comedy, what profession would you like to try?

I’d be interested to see what the life of an author is like. Most of the people I admire throughout history ended up writing a book. I can imagine it’s a challenging job, but very rewarding. Either that or professional dog-walker.

What profession would you never want to try?

Anything that requires me to wear pants on a daily basis. 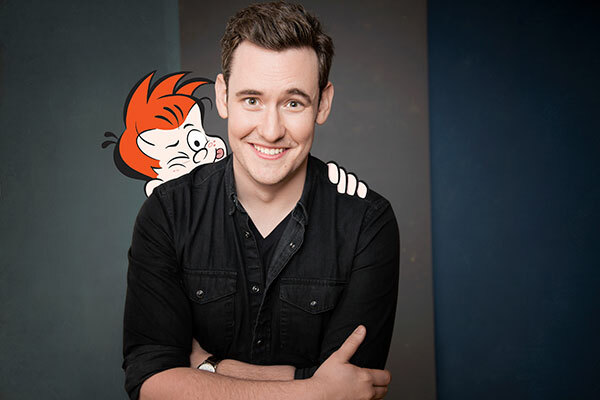 When does Meggsie make you laugh?

Constantly. It’s a miracle I can sit still long enough to draw him, the little bugger! I guess I do write the strip, though… (Does this count as laughing at my own jokes?)

The comic’s evolved a ton in a century, but especially so since you took the reins. Tell us about some of the newest characters, and why it was important to introduce them.

The most important thing to me when writing the strip is that there are characters in the strip that regular Aussie kids can relate to. Australia is a diverse and multicultural society, so I introduced new characters to better reflect what Australia looks like in 2021. Rahul, Gloria, and Penny all help to add more fun and variety to the gang’s adventures.

One of Ginger’s oldest fans—someone who has been reading him his entire life—said he loved reading my version of Ginger as much as he enjoyed the original back in the early 1900s. I don’t think I’ll ever get to the same level in writing or drawing as Jimmy Bancks, but it was a very kind compliment.

And the best piece of constructive criticism?

Not to give the bullies any credit. Every bully that messes with Ginger and his mates always gets their comeuppance, but that wasn’t always the case. It makes sense; we don’t want to celebrate bullies.

Drawing! I’m still trying to figure it out every time I sit down at the drawing board. I’ll get it licked one of these days.

What are you reading right now?

I’ve been re-reading a book by the late Nick Meglin called Drawing From Within. It’s one of the best books on being an artist I’ve ever read, and no matter how many times I revisit it, I always find something new I missed the last time. Nick was a brilliant teacher and a very generous, funny person. I miss trading funny jabs with him.

In 14 years of working on Ginger Meggs, what makes you most proud?

Still having a job!

Here's to the past 100, Meggsie, and to many more! Be sure to follow Ginger Meggs and his pals here. 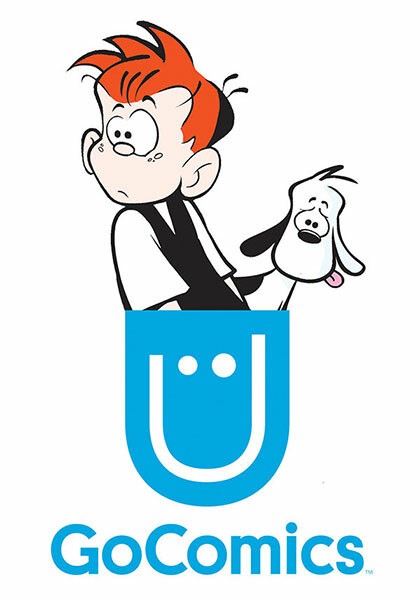 All images courtesy of Jason Chatfield